A day of unfortunate events in Florence (Day 1)

Florence? well…  the story of the first day of my weekend break to Florence (the day of unfortunate events) goes like this:

I was supposed to leave for the Stansted airport to catch my flight to Florence on a Friday afternoon but because of a horrible day at work I couldn’t leave early and I’ve almost lost the flight. Luckily,  with Madalina‘s help whose car almost died on the way to the airport, I’ve managed to get there.

Despite everything, it turned up to be an amazing weekend break.

That being said, I’m so glad that I don’t suffer that much from one of the modern world fears, Nomophobia, fear of being without your mobile phone. (yes, that’s thing)

Once I got out of the airport bus, the first thought in my head was finding a cash machine (good luck with that) or at least to find a place where I can pay with my credit card.

Failing to notice any cash machine and wondering how can they not have one anywhere inside or near the train station, I was looking for a place to eat where i don’t need cash and the first thing I’ve noticed was a 24/7 McDonalds, but really now, I was thinking that I’m in the mecca of food and with my stubborn attitude, no matter how hungry I was, I had to pass. “Sorry but no, thanks”.

With all the beautiful Italian food on my head, I’ve quickly noticed through a window a wood fired oven! Have you ever seen a kid in a candy shop? Well, if yes, you can imagine the picture. I was going there thinking that I’ve reached the garden of Eden and there was water in my mouth, I haven’t even had to search that much!

When I was near the door, I’ve suddenly noticed a sign saying Cash only… my whole world burned in that wood fired oven, I went all the way from happiness to agony. Now going back to search that cash machine. 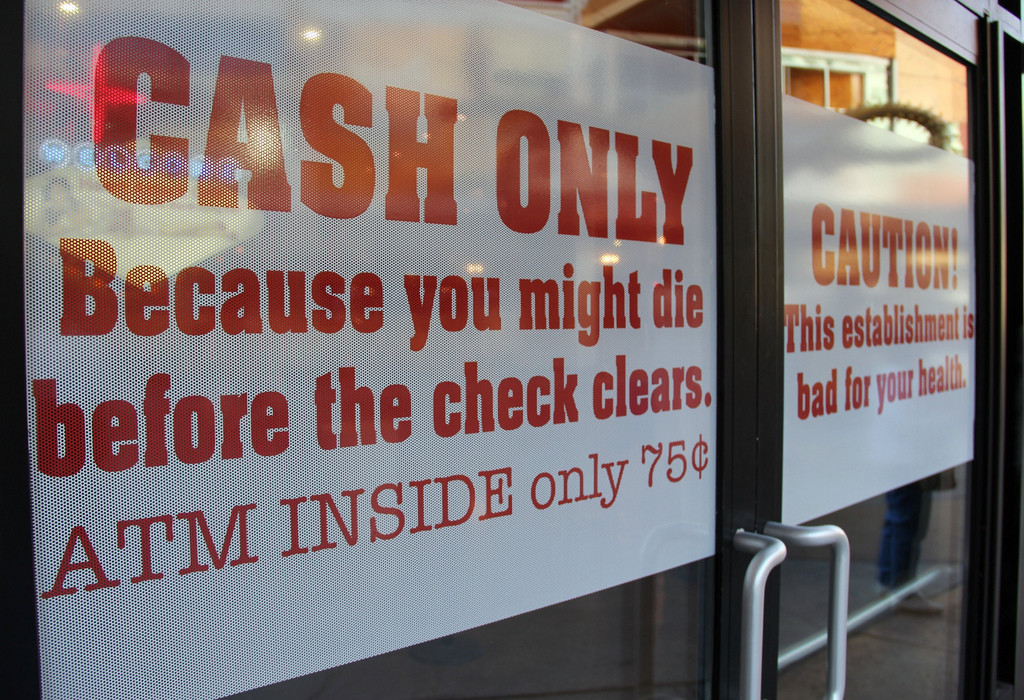 Without any sense of direction, I went to walk on the largest street I’ve noticed and walking around and being kinda lost on the streets, I even had a taste of Florence’s architecture and beauty. In this ‘journey’ I’ve passed around the Basilica di Santa Maria Novella and walked almost to Piazza S. Giovanni (one of the main squares of Florence) without even knowing.

The so hidden cash machine I’ve noticed actually stopped my journey after just about 10 minutes of walking. I know Florence is a medieval city but really now, no cash machine for more than half of mile near the town center for a quite small city like Florence?

I finally got some cash and found my way back to that trattoria. Being there I’ve ordered a pizza and a local beer and had my long expected dinner just a bit after 1 AM. The pizza was one recommended by the waitress as I’ve actually believed her when she said it’s a good local pizza. Because i wanted to try something local I went with it but after all the struggle I’ve been trough, imagine my surprise when I’ve realized what was on the pizza… I mean don’t get me wrong, I like pizza, like any kind, but this one had mashed potatoes on it! I mean, really, potatoes on a pizza?

It was an unwelcome topping for me, but the biggest disappointment was that there wasn’t any kind of tomatoes sauce on the pizza, even thought all other ingredients were really good (you just can’t go wrong with a wood oven fire pizza made in Italy) and after all it wasn’t the worst pizza I’ve tasted. That or maybe I was just really hungry.

Thinking about how to get back to the hostel while eating in the same time, I’ve luckily noticed a power socket near another table and I’ve asked to be moved there. I’ve managed to charge my phone enough to find my way to the hostel which wasn’t that far at all, about 10 minutes walk (if I was looking for a cash machine on a parallel street, I would even got there by chance). 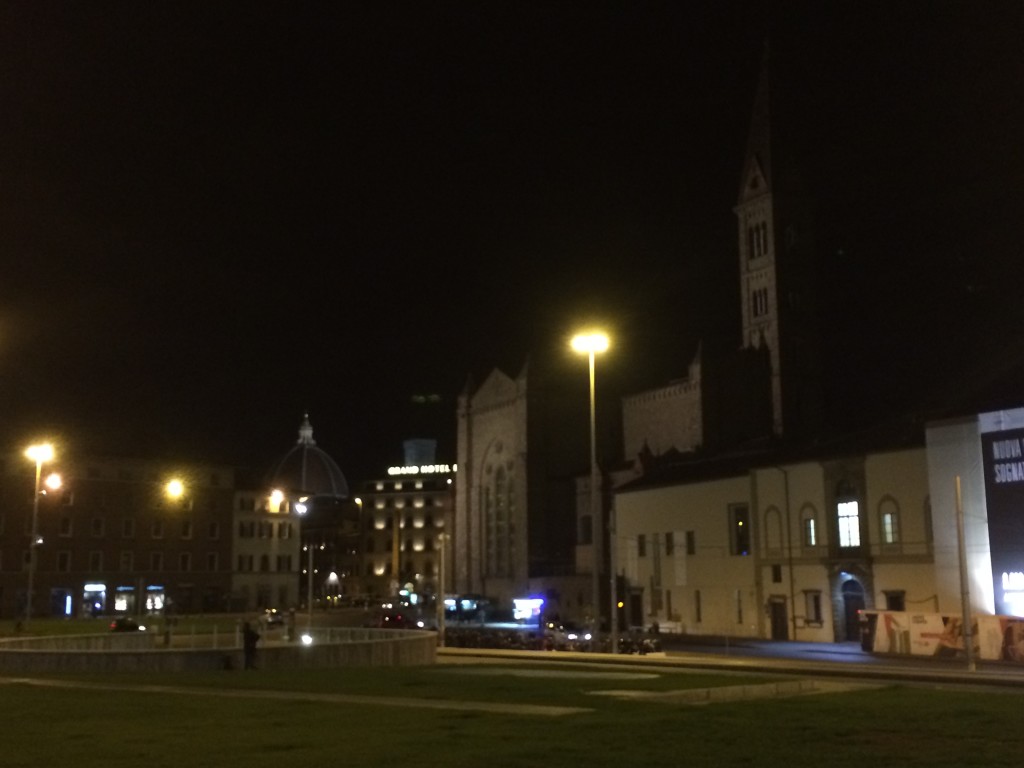 Basilica di Santa Maria Novella, on my way to Plus Hostel

I got there around 2 AM, and guess what? of course the main door of the hostel was locked. I’ve walked around and I’ve noticed a button that looked like a bell which I’ve ringed and after a short while there was a buzz sound and the the door opened.

The guy that just got at the reception was sleepy and based on his facial expression you can imagine the not so pretty words in his mind.

I did the check-in and asked him where’s the bar when his expression changed and his face was now saying “who the hell is this guy and where does he come from” as he was very surprised by my question and he just replied that it’s closed and it was closed for a long time.

What can I say? I was also surprised about his answer as that was a Friday night and I really needed a drink. Apparently they close the bar around 23:00 – 00:00, fun times. I went to sleep.

It may sound like a bad experience but this’s just the beginning of a quite a journey, stay around, the next part will be published soon (well, as soon as I find some time to write it) and it will also contain far more pictures than this.

Until then, here’s my trip Info: