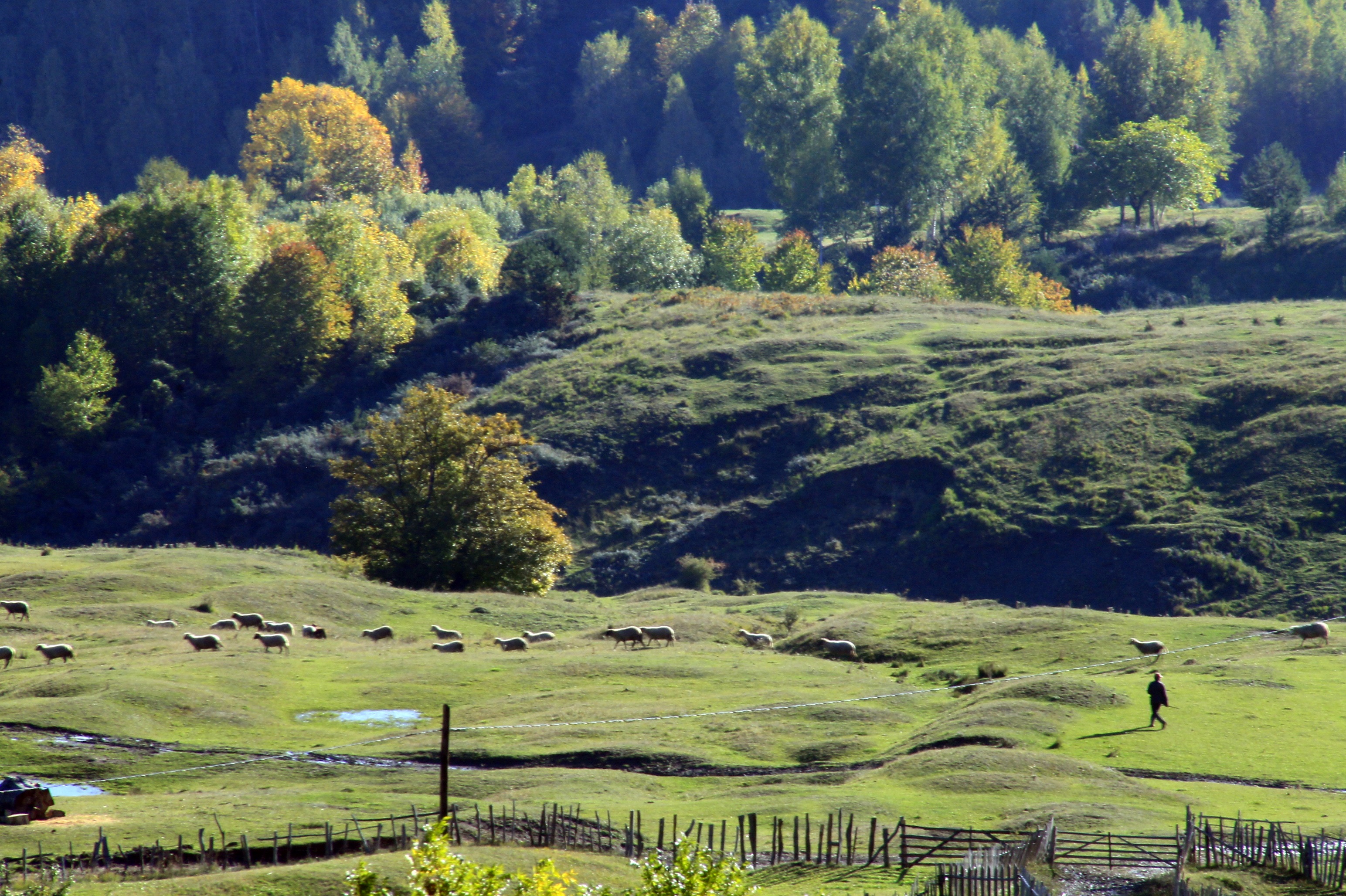 When in doubt, take a vacation – this quote can be a motto in life, one that has proven to be true every single step of the way or should I say, the journey.

The worst thing in the morning after drinking enough booze for several people is waking up, feeling your head heavy and say: “I’m never drinking again”, but that’s just until the next time.

Well, getting out of the house after training for the 100m hurdles, over the sleeping people was in itself a challenge, but as all challenges, you receive a small reward at the end.

I don’t know how many of you had the chance to wake up to this wonderful scenery on a warm autumn morning, but consider yourselves lucky if you did, although not many can compare to the one in Plaiul Nucului. 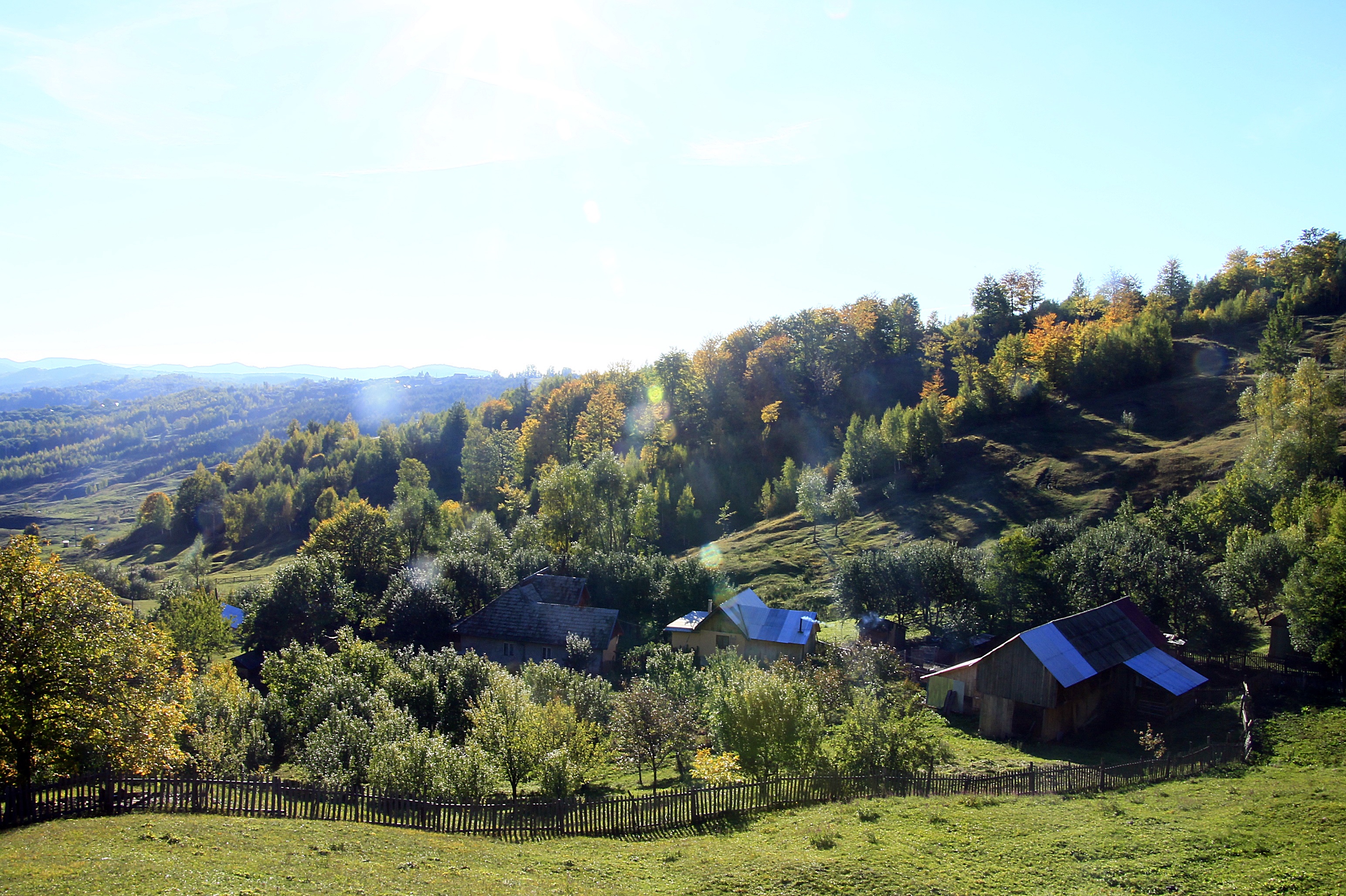 The fresh air, beautiful scenery and the alcohol still running through my veins, gave me a sense of gratitude to be able to experience life’s pleasure, little by little.

Today will be even warmer than yesterday, but even if the sun was shinning high up in the sky, the wind would remind every step of they way that we’re still in Kansas and the mountain weather is always unforeseeable with whims fit for a 3 year old child.

The 13 happy tree friends set of into the wild, through meadows and forests, but something didn’t feel quite right, did I forget something, did we lose someone, well of course not.

I soon came to find what the sense of uneasiness in my gut was, the backpack was to light, that could only mean one thing, either something was still at the house or, I had no more food left :|.

We were in the middle of nowhere with 25 planned km’s for today and a food-less backpack. Lucky enough it’s apple season, but that wouldn’t keep me full for more that a couple of hours and then it hit me.

I still had an unopened bottle of wine in the backpack, so I did what any good and hungry person would do: I bartered alcohol for food.

It’s always nice to see how things work out in the end, we found a nice meadow with a spectacular view, the sun was shinning strong, there was food and wine to go around, everything ended with a short afternoon nap. 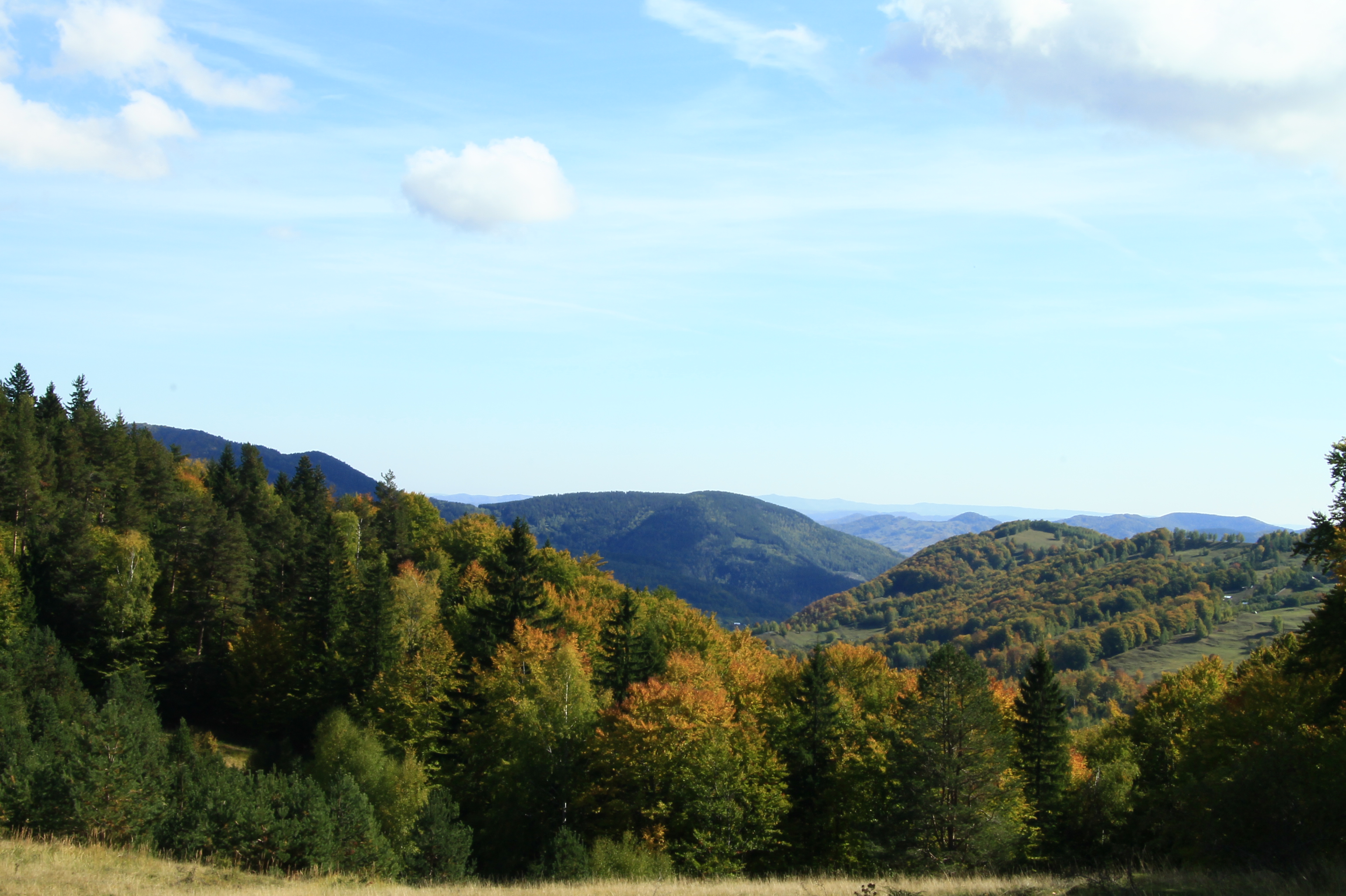 Waking up I felt rested like sleeping in the most comfortable bed – this made me think of a legend from Romania that speaks of places high in the mountains called “Heaven’s Doorsil”.

In case you stumble upon such a place, fatigue would disappear and a boost of energy would engulf your whole body – but what do I know, maybe it’s just a legend afterall.

The recently acquired energy would serve me well, because it was almost afternoon at the road wasn’t even half finished.

The feeling of trekking up and down hills and valleys is something you can’t describe.

When you walk along new found friends and lead endless discussions, this is in my opinion, one of the few moments when a person can be open and honest about himself.

Several discussions later we end up near a steep cliff.

It wasn’t something out of the ordinary, but at Claudiu’s suggestion we left our bags and started climbing only to reach a viewpoint where you could survey the land far and wide. Plaiul Nucului for the win. 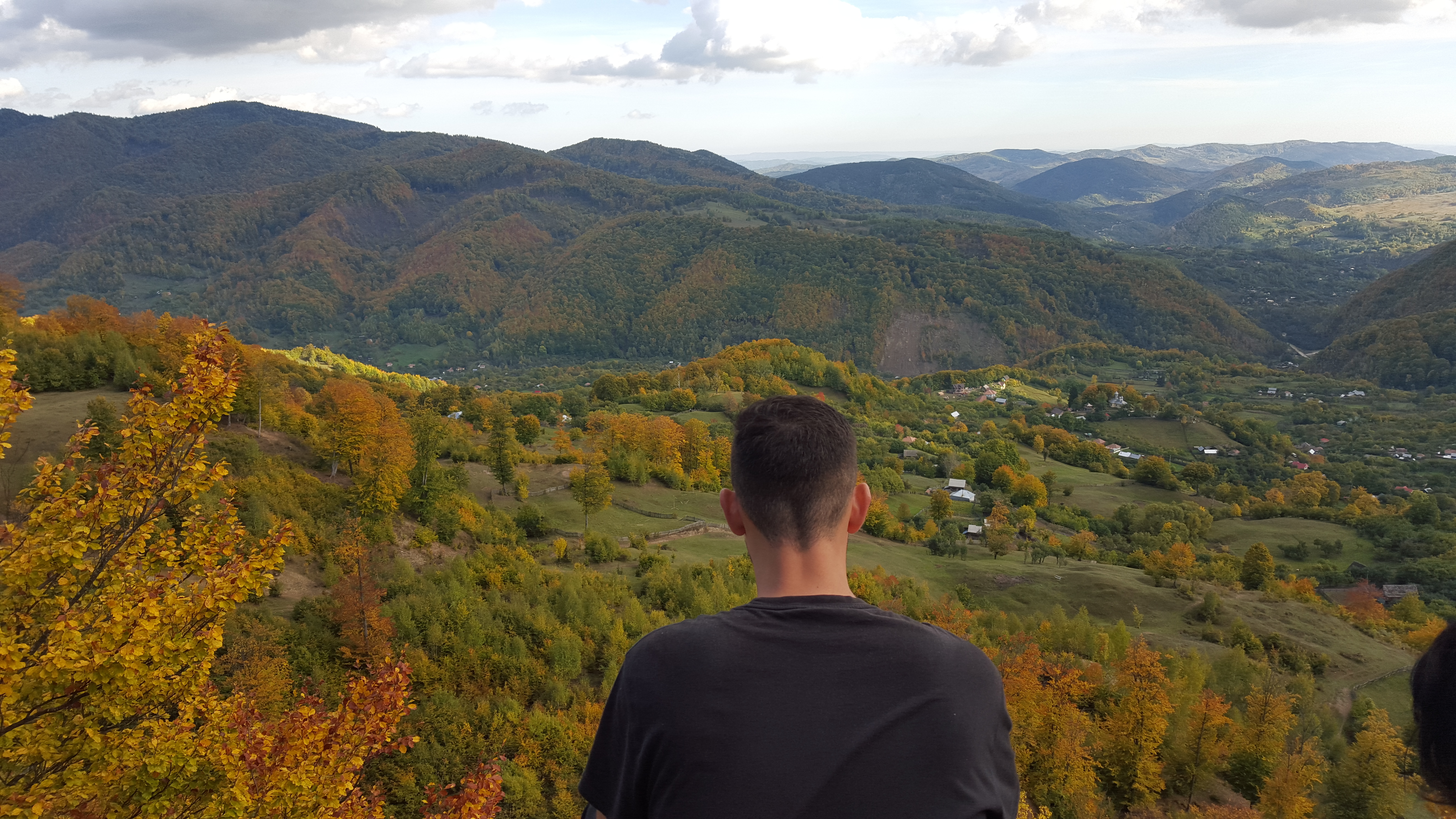 It’s places like this that make the journey worthwhile and enable you to desire more.

The road from here on would take us downhill where we would again meet our good friend, the mud, I have described the muddiness of the situation until now, but since a picture is worth a thousand words – here you are. 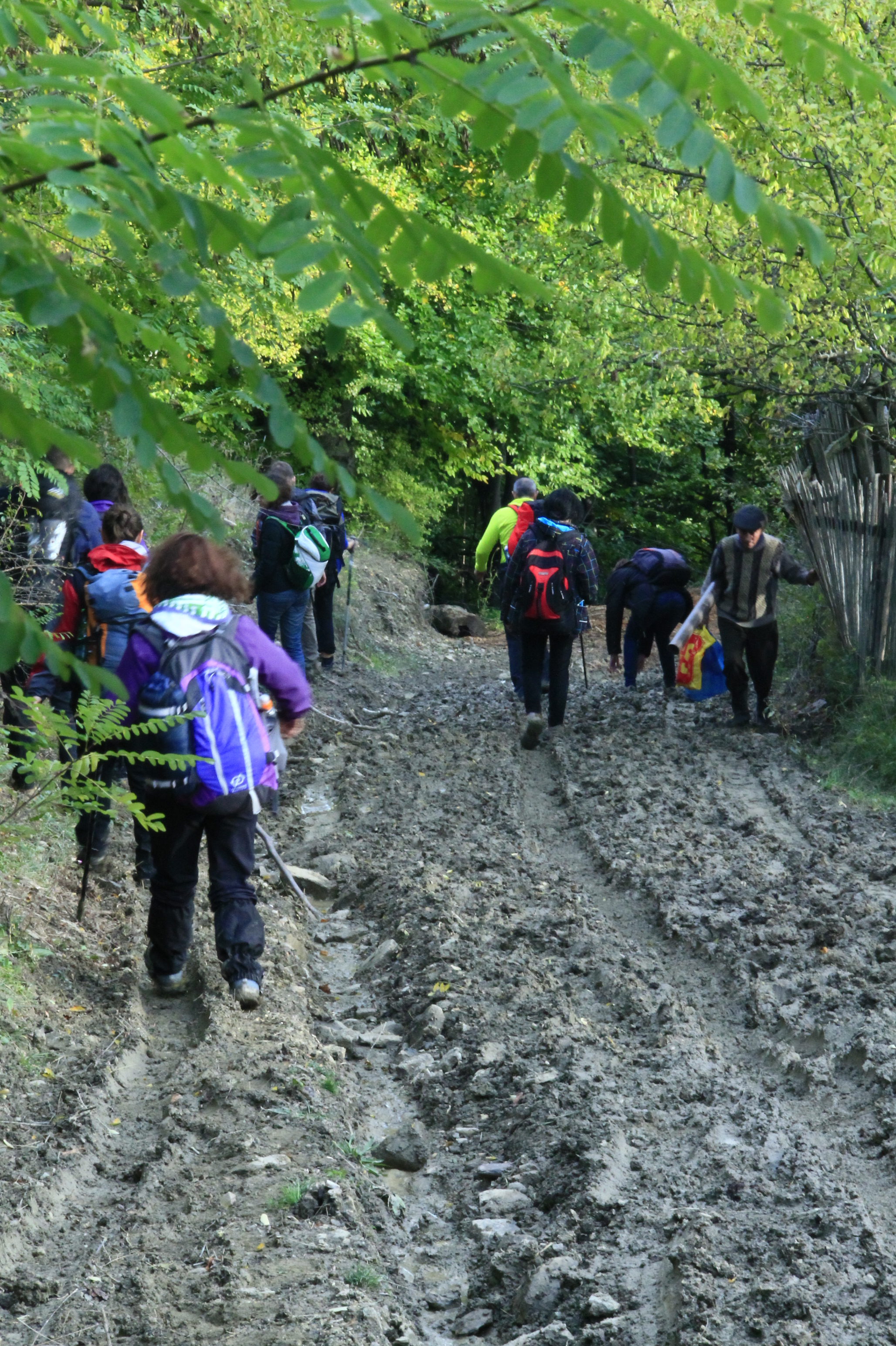 Not long after this picture was taken, we where almost back to “civilization”. The roads were getting larger, we saw the first cars, curios people who wanted to know all the little details (who we are, where are we coming from, where are we going).

People to whom you could say, life is literally standing still and if it weren’t for the changing of the seasons, it would be very much true.

The sun was setting and we where back to the place where our journey began, but something was different and I knew exactly what, the experiences shared have forged new bonds of friendship that will bring us back together soon enough.