The Road to Illinois (Chris and Laura) 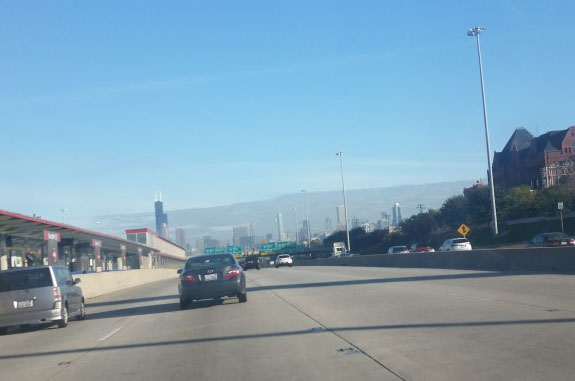 So my Journey begins in Illinois.

The drive from Jersey….long and dark. I did pass a sign in Pennsylvania that was for a town called Jersey Shore, which kind of threw me off. The sun just began to come up as I was working my way though Indiana, and let me tell you… it is flat and boring and had lots of cornfields.

Once I finally got out of there and into Illinois, the first exciting area I see is Chicago. Now being from Jersey the only city I really ever seen is NYC. So seeing a new city skyline was amazing to me. Once I finally got to my friends house I pretty much passed out. Driving 14+ hours alone can have its toll on you.

After waking up Chris and I went out to grab a bite to eat. We belly up to the bar and without even asking the bartender for anything, two shots are already being made.

I already know that I am in trouble as I know exactly what shot it is. It was a shot of half Jagermeister and half Rumple Minze (Sounds gross, but tastes pretty damn good). I am thinking to myself, what have I got myself into….We finally order food, plus a couple beers and a few more of those shots. The food was decent. I had a Italian beef, which was pretty much a French dip i guess with cheese.

After we were done with lunch, we decided to make a pit stop at a liquor store for some more drinks for the house. We grabbed a case of beer and a handle of Jameson. The beer really isn’t important, but that handle does come back to haunt me later in my journey. We have a few shots of the Jameson and some beers.

Chris, Laura and I head out to, you guessed it, another bar, where we meet up with Chris’s mother and sister. After meeting his mother, I understand where Chris gets his personality. It was a interesting experience….and I have met some interesting parents. (One actually flashed my friend while as I standing just feet away from him.) 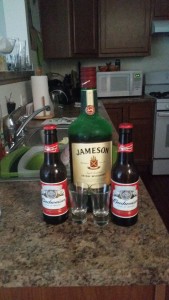 nto Sunday now, we wake up start moving around, and the first thing Chris does is crack open two beers and pours two shots for us. I look at him and say, “Are you F*cking kidding me!” It was 9:30 AM. By the time Laura wakes up, we have had breakfast and another 2 beers and another shot or two each.

Yes… I know I was quite the alcoholic during this trip. The three of us are just sitting around and talking about the “good old days” and were the future may take us. I guess that Jameson helped with thinking a bit more outside the box and trying to picture myself outside of New Jersey.

Now Laura had already planned on Saturday that we would be going apple picking on Sunday with another friend of hers(so happens to be named Laura as well) and her little sister Rose. I had no say in this and in all honesty I would have loved to have gone into the city, but that will happen next time I am out there visiting. Now apple picking isn’t the most exciting, or even fun to do, however it was relaxing and Chris and Rose have never gone before so it was kind of exciting to go with them. 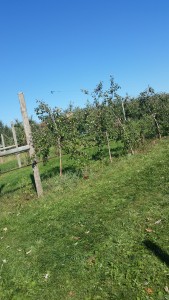 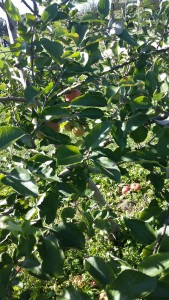 We had a great time and we even got Rose to sneak into roped off sections to grab some apples for us as well! It was rather beautiful in the apple fields. There was even a apple tree maze that we attempted to get into, however we couldn’t find the entrance.

As we were about to leave I decided to grab a apple cider doughnut which was delicious and hit the spot as a mid-afternoon snack. Overall it really was a nice way to start off my trip. It was peaceful and relaxing, but it did not prepare me for the upcoming days later on in the week.

We end up going back to their place and relaxing for a bit before grabbing some more food and of course….more drinks(I swear it sounds bad but I’m not an alcoholic), then called it a night. Like I said, this first part of the Journey was one of the more relaxing days but the next couple days is where a truly break out of my shell.