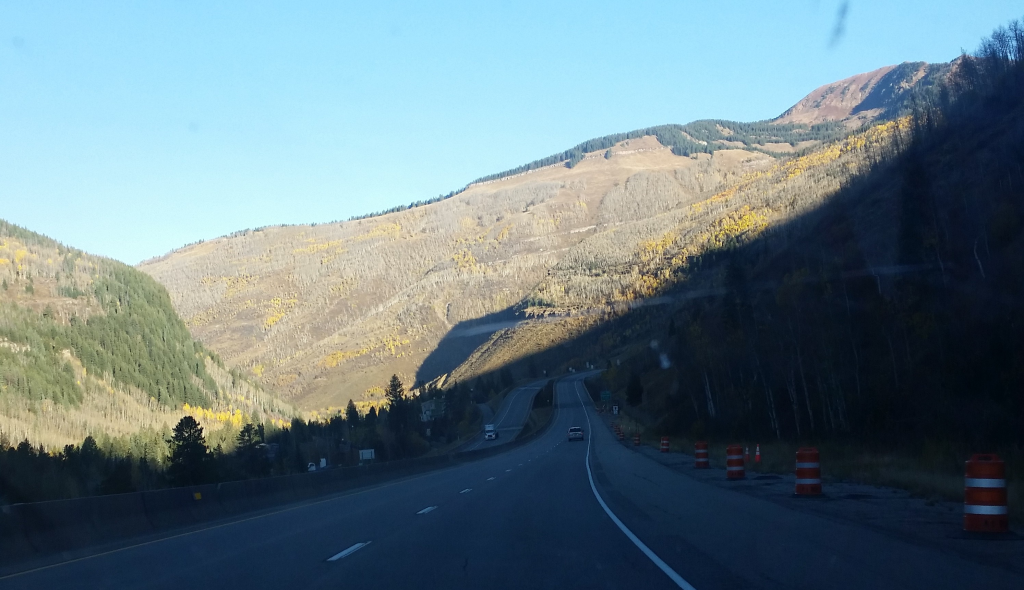 I apologize in advance as the next couple entries may be slightly on the longer side.

I wake up pretty early as my planned pit stop was about a 19 hour drive.

This would be one of the longest drives that I do this entire trip. I lost count of how many coffees and energy drinks I had, but it was probably enough caffeine to kill a horse. As I was driving through Illinois, It started to open up and become peaceful. I also started to notice a slight change in the music as I was heading further out west for a bit. There was a lot more country and gospel/religious music/talk and less of the classic rock, alt rock and pop.

After awhile, I finally made it into Iowa. The terrain changed from flat and open, to more hilly, full of corn fields, and lots of wind turbines (those giant windmills). There were hundreds upon hundreds of them.

Now from a distance they look massive, but when you are driving by a truck hauling one of the fins, the only thing you can say is “HOLY F*CK”….ya they are beyond massive and terrifying when they are next to you. I didn’t capture any pictures of them and I am kicking myself for not trying to get them.

I am starting to run low on gas and need to make a pit stop. It so happens the place a stop is Brooklyn ……Iowa(which is 5 hours north of Manhattan, Kansas.) I had a good chuckle being from Jersey, Brooklyn New York is just past the bridge/through the tunnel. Nothing really exciting, just pointing this out as it kind of amused me.(hard to read, click on picture below for better resolution) 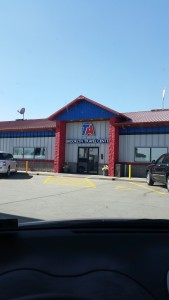 Anyway, Continuing on to my pit stop in Colorado I drove through Nebraska and made a pit stop for some dinner. Stopped at a burger shack. This is the first place I had some sort of interaction with people I did not know, and it was a little interesting. Nothing too crazy or out of the norm, just an older man, maybe in his 70’s drunk at 4PM and told the same story about 3 times to the same person. The people in general were a group of oddballs, and I am sure they were thinking the same thing about me! 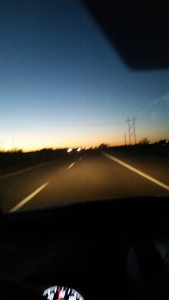 Watching the sunset in Nebraska was pretty sweet. There were long rolling hills and lots of corn like Iowa but lacked the turbines. This was pretty much the last memorable thing from this part of the drive…until I got into Colorado.

Once I made it into Colorado, the stuff on the radio was different. I didn’t catch it right away until I stated to listen to a commercial. They started to talk about some of their favorite strains of weed. I start to bug out (no pun intended) and busted out laughing wondering how the hell they are able to talk about this on the radio. They continue to go on reminding everyone that it is not allowed in parks, arenas and hotels, but they do have a safe lounge you can enjoy your cannabis in and you can see all the new strains that they get on a regular basis.

You could also go to thc-Colorado.com (or something like that) to learn more about all the new strains they have in stock as well as other edibles, creams, etc. I am dying from laughter at this point still trying to figure out how they can talk about WEED on the radio, but any sort of commercial for cigarettes is not allowed. Moments later it clicked and hit me like a brick wall. Colorado legalized recreational cannabis use a while ago, so at least they talk about places that allow the use of the products.

Being from a state where it is impossible to get a medical license for it, we still have the anti-drug commercials all over the place. Speaking of which, the only way to make the commercial more hysterical would be if after having them talk about all the products to get you high….to have one of those anti-drug commercials. I end up finding a hotel to sleep at for the night.

Waking up in the morning in Colorado was one of my favorite points of my trip. I had a quick breakfast and then hit the roads again. So happens I stopped at the perfect point of my trip. I was right in the middle of the mountains and was driving by all the resorts. The way the sun hit the mountains at times made them almost look like glass and mirrors at some points.

Some of them would just glow while a few of them even looked as though they had a dusting of snow covering them. The air was cold, crisp and refreshing. I was running low on fuel so needed to make a pit stop. I was picking up some coffee and energy drinks while my car fueled up. The female clerk was restocking the coffee, and the male clerk came in and began to talk to me. While he was talking to me, he must have said ” hey brah” at least twenty times.

This amused me and confused me at the same time. It made me happy to finally start to hear some different phases, instead of the typical “Hey bro” . It also confused me as I thought the ” hey brah” was more of a California thing. 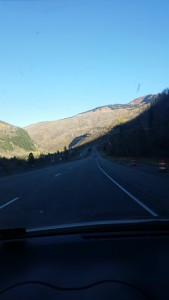 Once I worked my way out of Colorado and into Utah, it started to get rather warm. It was more Dessert like and pretty flat, but had massive plateaus out in the distance. I have only seen pictures of them in textbooks, but to see them in person was a whole new experience. Nothing really exciting happened in Utah. 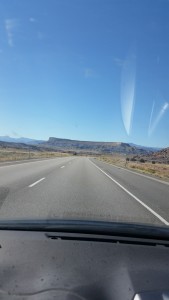 I made a quick pass though Arizona which I drive though a pretty sweet canyon and before I knew it, I was in Nevada. I thought I made a huge mistake by driving though Las Vegas, during rush hour but surprisingly the traffic wasn’t bad at all (Compared to rush hour in New Jersey).

As I was getting closer to California, I could see the mountains starting to appear again and knew I was just a few hours away from my next Pit stop to see my friend Jay and have my first in and out experience.

I finally make it out to Jay’s place and we start chatting and getting on the topic of why I am all the way in California on Tuesday night.(I left NJ Friday night, spent all Saturday/Sunday in Illinois and left Monday morning and got to California Tuesday) We go and grab some In and Out burgers, and it was probably one of the best burgers I have ever had (got it animal style of course) It was Juicy and full of flavor and it actually tasted like meat, unlike other fast food chains which I will not mention. 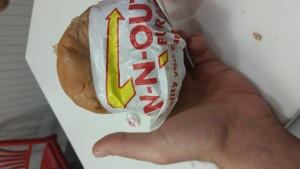 We are still in disbelief that we are both chilling in Cali. If we were to tell 7….8 years ago back at Montclair State University, that we would be in sitting here on the west coast enjoying some In and Out together, we probably would have pissed our pants laughing so hard. However in October of 2015, we proved out past selves wrong. We were pissing our pants laughing so hard there as we would have never seen this happening in our lives.

We did talk about the good and the bad of New Jersey and how the two places are somewhat similar yet vastly different. After chatting a bit more still in a daze that we were actually hanging out in California, he quickly taught me how people greet each other and instead of saying “mad” or “wicked” etc. they say “hella” and we parted ways.

I end up sticking around Cali for half a day to visit a reptile zoo which and some of the most unique creates I ever seen from massive pythons/anacondas to all sorts of lizards and a couple spiders. 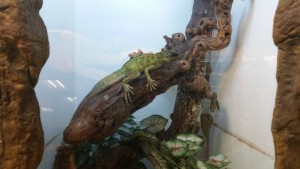 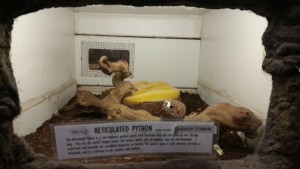 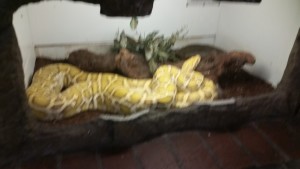 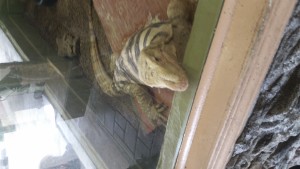 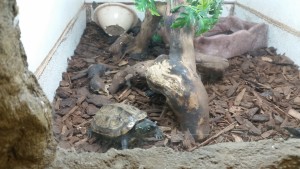 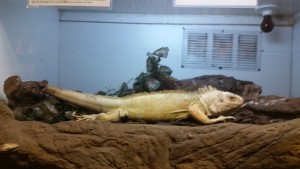 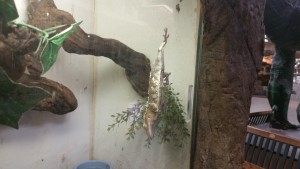 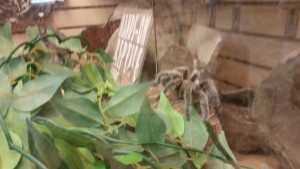 I decided to work my way towards Arizona, where my trip starts to go from the claim relaxing state it was to and adrenaline filled, life on the edge, slightly stupid (okay, extremely stupid) turn for the best.